Serving the nation’s 38th largest city, Donation Movers LLC finds gratitude in being part of Mesa’s rich history and vibrant culture. Being the third largest city in Arizona and just fifteen miles east of Phoenix, residents of this east valley city experience the advantages of big city in a suburban setting. 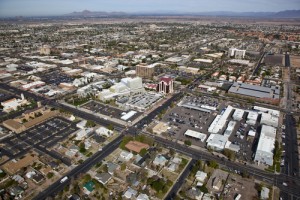 Mesa’s first residents included the Hohokam Indians, who settled in the desert nearly 200 years ago. The Hohokam built extensive canal systems, some of which are still elemental to the modern canal systems running through Mesa today.

It wasn’t until the 1880’s that the region became a safe frontier to which early American settlers could travel.  Daniel Webster Jones of the Church of Latter-day Saints was among the first to settle in this region and the LDS influence is still strong in Mesa today.