The city of Lake Havasu began as an Army rest camp during World War II. In 1963, the city was established as a planned community by Robert P. McCulloch. 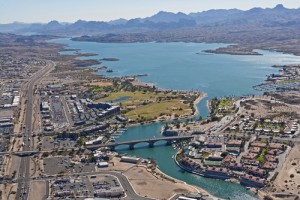 Lake Havasu is also known around the country as an ultimate spring break spot. Lake Havasu was featured on MTV’S Spring Break, where students from around the world come to party and partake in outdoor adventures. The city is also home to the International World Jet Ski Races, fishing championships and the Havasu 95 Speedway.